Ranking of the world's best: Taking it personally

You may have read about the latest ranking of Australia as one of the best countries for retirees in terms of lifestyle and retirement-income systems. 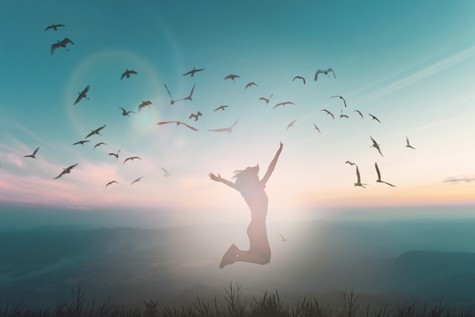 And you may have wondered what such rankings personally mean for you – apart from perhaps making you feel fortunate about where you live.

After all, you are unlikely to move to, say, the Netherlands because it’s retirement-income system ranks as the world’s best.

However, the rankings may prompt you to take measures to improve your chances of a successful retirement lifestyle.

First, let’s look at the Melbourne Mercer global pension index 2018, published by Mercer and the Australian Centre for Financial Services. This ranks Australia’s retirement-income system fourth out of the 34 countries assessed, based on adequacy, sustainability and integrity. Australia was given a B while the Netherlands and Denmark received A grades.

A B-rated retirement-income system is described as having a “sound structure with many good features” but, in the words of many school reports, says: There’s room for improvement.

Irrespective of each country’s social, political, historical and economic influences, this report stresses that many of their challenges in dealing with an ageing population are similar. These include encouraging people to work until older ages, setting the level of retirement funding and reducing the” leakage” of retirement savings before retirement.

Although the suggestions of the Global Pension Index are directed mainly at government and the pension/retirement sectors, individuals may pick up useful personal pointers from most of its suggestions. In short, consider taking a personal perspective on this global retirement-income challenge.

Personal pointers may include:

Think about whether to work until an older age than planned. A longer working life may provide a chance to save more for a shorter, and, therefore, less-costly retirement. And as the report says, working until an older age will limit the impact on retirement savings of increasing longevity. In reality, your ability to work past traditional retirement ages will much depend your personal circumstances including health and employment opportunities.

Save more in super within Australia’s annual contribution caps. This can include making higher salary-sacrificed contributions if employed. If self-employed, consider making voluntary super contributions, which are not compulsory for the self-employed.

Aim to repay your debts before retirement. Otherwise, you face repaying that debt with your retirement savings. One of the reasons why Australia has achieved a lower score this year (down from B-plus to B) for its retirement-income system is that the latest Global Pension Index includes pre-retirement household debt in its calculations for the first time.

Take your super as pension rather than a lump sum upon retirement. This will keep your savings in the concessionally-tax or tax-free super system for longer and, most importantly, make your retirement lifestyle as comfortable as possible for as long as possible. The Global Pension Index suggests that a way to improve Australia’s retirement-income system is to compel super members to take part of their super as a pension.

As Dr David Knox, a senior partner of Mercer in Australia, comments in the report, retirement income systems around the world are under pressure from ageing populations; low growth and low interest from investments reducing long-term compounding interest; and lack of “easy access” to pension plans (superannuation in Australia) in the gig economy; high government debt in some countries; and high household debt.

In this environment, individuals have more of an incentive to take matters into their own hands to maximise their retirement savings.

The 2018 Best Countries report once again ranks Australia as the world’s second-best country for a comfortable retirement – behind New Zealand and ahead of Switzerland, Spain and Portugal in the top five. This is an annual survey and analysis by US News & World Report, BAV Consulting and the Wharton School at the University of Pennsylvania.

Survey respondents aged over 45 ranked the best countries for retirement on seven attributes: affordability, favourable tax environment, friendliness, “a place I would live”, pleasant climate, respect of property rights and a well-developed public health system. (The survey did not seek views about the adequacy of a country’s retirement-income systems.)

For the main report, more than 21,000 survey participants from around the world were asked to grade 80 countries on a range of factors from quality of life to economic potential. It aims to gauge global perceptions of the countries.

Now think about what these findings may mean for you personally.