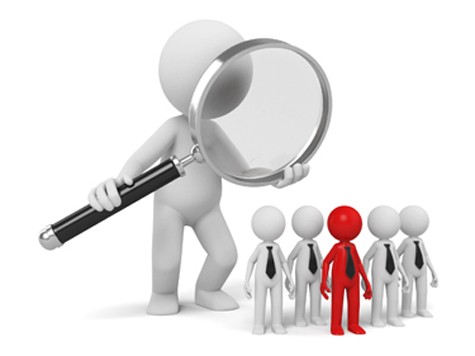 ASIC's latest research concludes many SMSF trustees lack a basic understanding of their legal obligations and often fall prey to property spruikers, but the profession is already finding holes in the corporate regulator's surveying.
ASIC released two reports this week following a major review it conducted into the experiences Australians have when setting up and running SMSFs.
One of these reports, REP 576 Member experiences with self-managed superannuation funds, reveals the findings of an independent market research agency commissioned by ASIC, including 28 interviews with SMSF members, and an online survey with 457 SMSF members.
One of the key findings in the report was that many members lacked a basic understanding of their SMSF and their legal obligations as SMSF trustees.
For example, 33 per cent of members in the survey didn’t know that an SMSF must have an investment strategy and 30 per cent of members had no arrangements in place for their SMSF if something happened to them.
It also found that 29 per cent of members thought they were entitled to compensation in the event of theft and fraud involving the SMSF and that 19 per cent of members did not consider their insurance needs when setting up an SMSF.
Both the interviews and online survey revealed a tendency for some members to be unaware of either what their SMSF was invested in or how the investments were performing.
While 99 per cent of most new members remembered what they were invested in, nearly one in ten established members could not remember what they had invested in.
The report also suggests that many SMSF still don’t understand the importance of diversification with two thirds or 66 per cent of participants in the online survey indicating that their SMSF is invested in only one type of asset.
“In total, 22 per cent of members had invested only in property, 16 per cent had invested only in shares, 8 per cent had invested only in managed funds, 5 per cent had invested only term deposits, and 3 per cent had invested only in collectibles,” said the report.
“Around one in three members had no investments outside of their superannuation. Of those who did, which was 62 per cent of members, the most common type of investment was their own home at 65 per cent, followed by shares at 50 per cent and other investment properties 45 per cent.”
It was also clear from the online surveys that a number of members had been prompted to establish a SMSF from property one-stop shops.
The survey revealed that seven per cent of new members and five per cent of established members had been prompted to set up an SMSF by property one-stop-shops.
“Property one-stop-shops generally made contact by cold calling or by having already helped the member to buy a property before recommending that the member set up an SMSF to buy a second or third property,” the report stated.
“Trust was established through testimonials, referral programs or special events providing opportunities to network with ‘like-minded’ people.”
Members who used property one-stop-shops expressed they had only made property investments within their SMSF with the only exception to this being some new members who said they had put their money in a high-interest bank account while waiting for their off-the-plan properties to be built, ASIC said.
The survey also found that the cost and time of setting up and running an SMSF did not always align with member expectations.
While the survey indicated that the cost of setting up and running an SMSF was “about as much as expected” for almost three in five members or 59 per cent, for 32 per cent of members the costs were greater than initially expected.
The survey also found that 38 per cent of members found running their SMSF to be more time consuming than expected, compared with 15 per cent of members who found it less time consuming than expected.
While the results are concerning, the SMSF Association has been quick to point out its limitations.
Notably, SMSFA said a high number of files that ASIC viewed as non-compliant did not indicate a risk of financial detriment. Rather, they attracted the regulator’s scrutiny for not meeting record keeping and process requirements.
"Similarly, ASIC’s definition of financial detriment to an SMSF member is subjective and is difficult to evaluate without the member’s view being known," SMSFA said.
Miranda Brownlee
28 June 2018
www.smsfadviser.com